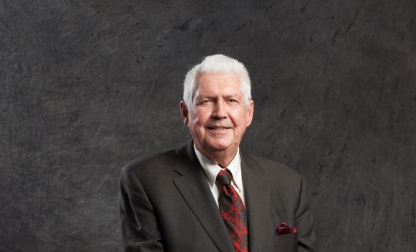 Diploma from the School of Business Administration, University of Western Ontario

Guy Gilbert has been a prominent figure for many years in the Quebec and Canadian legal community. After being named Prosecuting Attorney for the CRTC, he chaired the Disciplinary committee of Quebec’s College of physicians from 1974 to 1981, before sitting on the McDonald’s commission, concerning certain activities of the Royal Canadian Mounted Police from 1977 to 1981. He has also acted as Counsel to the Attorney General of Canada the whole in the context of the litigation with the tobacco industry over the constitutionality of the Tobacco Act.

He dedicated the major part of his career to Insurance Law. As such, he has represented Quebec insurance companies as well as Canadian and American companies for over 50 years.

Guy’s expertise has also taken him overseas for a number of high-profile cases, including a criminal trial about the illegal export of component parts used in an atomic plant in Islamabad, Pakistan.

Honored on numerous occasions, Guy was named Queen’s Counsel and Fellow of the American College of Trial Lawyers. In 1995, the Court of Paris presented him with the Médaille de l’Ordre des Avocats.