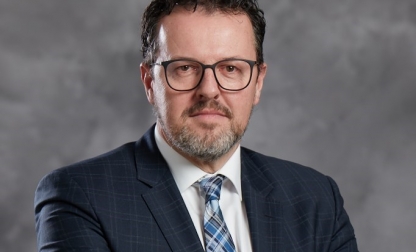 Pierre-Stephane Poitras is specialized in Civil and Commercial Litigation, particularly in the field of Construction Law.

A career litigator, Pierre-Stephane represents his clients, local, national and international organisations before all levels of the Quebec Courts, including the Court of Appeal, as well as in matters of arbitration.

In the field of Construction Law, he counsels his clients throughout the whole duration of a project, from the negotiations and the drafting of the contract, through the execution and termination.

He has developed a particular expertise in construction claims and, as such, counsels his clients during the course of the project.

Pierre-Stéphane has successfully pleaded on behalf of his clients in the Agropur vs. Cegerco case, which judgment of 550 pages has had a major impact in the preparation of construction claims.

In the field of Insurance Law, he acts both in defense and in subrogation claims for automobile and home insurance, commercial insurance as well as all types of insurance relating to construction, notably, the Builder’s Risk Insurance, Commercial General Liability policies and Surety.

He recently acted in the insurance claims related to the collapse of the retractable roof of the Montreal Olympic Stadium.