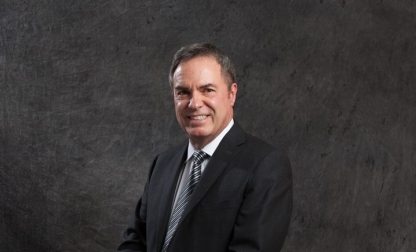 In matters of Urban Law, Marc has been part of Property Law teams for the implementation of “power centers” and large department stores. He is regularly called upon to negotiate on behalf of enterprises, municipalities and citizens in order to improve implementation and architectural integration plans, urban planning projects, minor exemptions, zoning modifications.

He also acts in due diligence on development projects of medium and large-scale projects. He has successfully contested or defended development projects related to their compliance with municipal urban planning programs. He was also successful in obtaining the implementation of a “park and fly” operation within the surroundings of the Montreal Airport despite a municipal by-law banning such use.

In Environmental, he negotiated with the Minister of the Environment for the reduction of requirements related to the rehabilitation of contaminated soil. He also retroactively negociated the granting of a certificate of authorization for a major quarry in the Montreal region.

In relation to Agricultural Land Preservation law, he obtained the revision by Tribunal administratif du Québec of a decision of the Commission de protection du territoire agricole declining the authorization to operate niobium mine in the agricultural preservation zone.

He was legal counsel for merged municipality representatives of the greater Montreal Region leading to the reconstitution of twenty-eight (28) municipalities.

Marc furthermore works in files dealing with municipal contracts and call for tenders, including the verification of call for bids requirements and municipal contracts granting. In 2007, he successfully argued the illegality of Montreal’s call for tenders for the implementation of the water meter in the City of Montreal. The $350,000,000 contract was consequently annulled by the City

Finally, as a member of the Discipline Committee of the Quebec Bar, he has also developed an expertise in Disciplinary Law.

He held teaching positions at the following Universities: